Heroes aren’t supposed to die. When they do, they leave a void in others’ lives. What Brothers Do can hopefully fill that void for other family members, colleagues and brothers who lost their loved ones, as Michael Brown tells their story as well—the courageous battle of learning to heal the loss in his own heart, finding love and pain intertwined.

We’re proud to announce the collaboration of What Brothers Do, an emotionally charged book about the 9/11 aftermath and the Stephen Siller Tunnel to Towers Foundation! Through book sale donations, author Michael Everett Brown will help fundraise for the Foundation’s ongoing work to honor and support first responders, veterans and their families. What Brothers Do tells the story of the author’s search for his heroic FDNY brother, Capt. Patrick J. Brown, lost in the fall of the Twin Towers on Sept. 11, 2001. Read the Press Release.

Nineteen years ago, we vowed to “Never Forget.” Yet today, an entire generation of kids and young adults, know next to nothing about September 11, 2001. There’s never been more of a need for true, authentic books about 9/11 to educate generations. Luckily for America, Michael Everett Brown and Kristie Kiernan Bouryal have penned their families’ stories. Read more…

The World Trade Center terrorist attack on 9/11 struck more than the Twin Towers—it struck families around the world. What Brothers Do is the story of two brothers ensconced in the aftermath. While both brothers were firefighters in New York, Patrick Brown, a Vietnam U.S. Marine veteran, continued to battle fires, becoming a Captain at Ladder 3, one of those that rushed to the WTC scene. Michael Brown left FDNY after and became an emergency room physician in Las Vegas and there while treating patients, he learned of the disaster in New York.

Michael Brown packed his truck and drove across the country to NYC in search of his brother who he knew would be at Ground Zero.
What Brothers Do is the story of Brown’s emotional and desperate search, and while he did not find his brother’s body, he found his spirit was alive in the love, loyalty, and camaraderie of his fellow firefighters. They all believed if anyone could get out of the Towers alive, it would be Captain Patrick Brown. 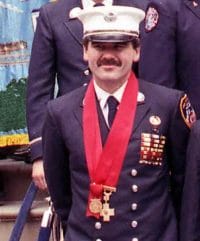 The loss of a true American hero, a leader, and much-loved local icon brought grief to all who knew “Paddy Brown.” The brotherhood and support from the firefighters across the city forever changed Michael Brown’s life and his journey through grief, anger, and personal challenges. His poignant story is heart-wrenching and tear-jerking—and sometimes funny, but always real. Brown speaks for all those who mourn the unfulfilled dreams of the 343 first responders who died protecting their city and its people that fateful day. He speaks for families and friends caught in the same drama of disbelief, forever reconciling the loss of love and life. Brown had to determinately re-focus on fulfilling his brother’s last wishes and keeping his spirit alive.

And that is What Brothers Do, in a search for acceptance amid grief and loss. The book tells the story that begs to be shared.

Michael Everett Brown, M.D., is a board certified Emergency Medicine physician currently practicing in Las Vegas, Nevada. He was a volunteer firefighter in Westbury, New York, for over twelve years, a New York City firefighter at Engine Company 37 in Harlem for four years, and is currently a member of Nevada Task Force One Urban Search and Rescue Team. In 2001 he received a United States Congressional Recognition Award for “selfless acts and commitment to his profession above and beyond the call of duty.”

Available now, get it online! 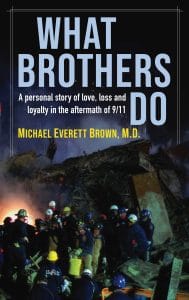 Where were you when the towers fell? The question has been asked millions of times–with just as many answers. For some, the memory is muddled by the passage of time and activities of daily living. But for others, that morning remains just as sharp and vivid and indelible as all those happy milestones in life: winning the big game, first great love, first shared orgasm, first child’s birth, acceptance into the fire department, graduation from medical school.

What do I remember about the day the world changed?

What Brothers Do gripped my heart with its honest and poignant recollection of the tragedy and the emotion that went into the days, months and years that followed the 9/11 terrorist attacks. Seeing his heroic brother’s life through the eyes of those who revered him, Michael Brown had to courageously make the right decisions, take the right actions and move painfully through the ashes and debris in search for Captain Patrick Brown’s body. What he found instead was his spirit, burning brightly in the memories of all those “Paddy Brown” touched—and there were more than imagined! Firefighter brothers, the countless people he saved, the women who loved him, the men who could only aspire to be like him. 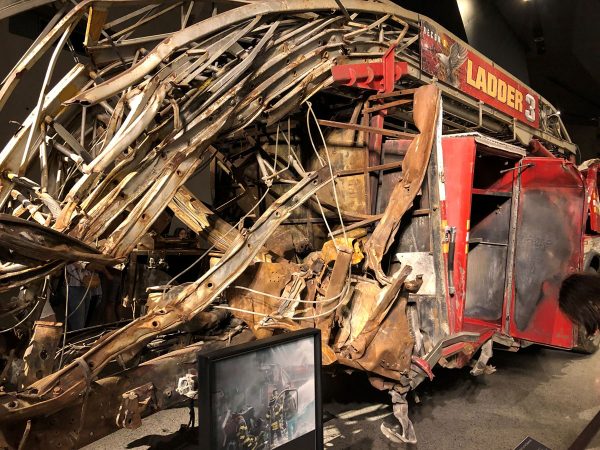